Please see the below message regarding the statewide implementation of the new unit that will house Centralized Intake for Abuse and Neglect.

Centralized Intake for Abuse and Neglect

The Department of Human Services has established a Centralized Intake (CI) unit to ensure consistency across the state regarding how abuse and neglect complaints to Children’s Protective Services (CPS) Intake, and Adult Protective Services (APS), are documented.  For CPS, centralized intake will also provide consistency in evaluation and decisions related to assignment. Currently, each county has a separate intake unit or person that handles abuse and neglect intake calls each day.  The centralization of the intake process will consolidate all of the individual CPS and APS intake functions into one physical location that will be available by calling a toll free number for everyone to use.

DHS piloted this process in six counties beginning in September 2011 with the purpose of working out the difficulties prior to statewide implementation.  The date for full implementation is March 5, 2012.  The office for Centralized Intake is in Grand Rapids and will accept and process reports of alleged abuse and neglect twenty four (24) hours a day, seven (7) days a week throughout the year.

Beginning at 8:00am on March 5, 2012, all CPS and APS abuse and neglect complaints made in the State of Michigan are to be called to the Centralized Intake unit.  All local DHS offices will change their automated voicemail messages at that time informing persons who are calling to report the abuse or neglect of a child or an adult to hang up and dial the toll free number below. There is also a fax and e-mail address for your use to send in the DHS-3200 “Report of Actual or Suspected Child Abuse or Neglect” in cases of CPS complaints.

In addition to the information above, please see the links below that may be able to assist you:

Some recent media articles and resources relating to child abuse and neglect.  If you have items that you think would be helpful to include in this occasional post, please forward them to me at the email in my signature block.

These stories were chosen because of their perceived relevance to the child welfare community.  MiPSAC is not responsible for the views expressed in any of these articles, nor does it take a position for or against the positions expressed in the articles.  They are presented merely to provide a sampling of what the media is saying about child welfare.

This and previous posts can be found at: http://www.mipsac.org/category/can-articles

Jan 2, Detroit Free Press: The Seita Program allows them to stay in dorms over holiday breaks. This winter break, about 40 students are on campus. Program staff members provide activities and a communal meal at 3:30 p.m. daily. The students get a free education, using the Seita scholarship and other grants to cover expenses. Retention rates are equal to or greater than those in the general university population. The first group to use the program for four years is set to graduate this spring. WMU wants to reach out even more, starting a Center for Foster Youth and Higher Education Studies that will include a $1-million, three-year effort to build a consortium of Michigan colleges, universities and support organizations to promote higher education to foster youths as young as 12. Link to Article

Guest Commentary: Poverty is an Inadequate Reason to Take Children From Families

Dec 29, Detroit Free Press: The foster care system exists to protect children from being abused by their parents. Yet, every day, children are separated from their families and placed in the system for no better reason than their parents’ low income. Link to Vivek Sankaran’s Commentary

Dec 29, Grand Rapids Press: Victoria Lorenzo-Calmo fled Guatemala to escape abuse her three children were born in the U. S. Victoria was set to be deported by the U.S. ICE in January but cannot take her children because of medical treatment they need in the U.S. Two of her children were born deaf and are under-going cochlear implant surgeries and treatment. But she has been granted a stay, according to a U.S. Immigrations and Customs Enforcement memo. The federal agency on Thursday notified an attorney for Victoria Lorenzo-Calmo that she can remain in the United States for one year. She said she hopes they will give her a work permit so she will be able to stay in the U. S. and work and take care of her family. The Alliance for Immigrants Rights and Reform Michigan held a rally Wednesday on the Bostwick Avenue NE sidewalk outside Helen DeVos Children’s Hospital to push for a stay of deportation for Lorenzo-Calmo. She fled Guatemala 10 years ago as a victim of domestic violence that led to the death of her then-infant son. Link to Article

Dec. 21, Detroit Free Press: Traverse City and Adrian are running two of the most unusual programs in the state to help homeless children — families taking in a homeless child for a year so he or she can finish high school. It’s an idea that could be replicated around the state to help agencies already besieged by too many people who need help and not enough money to go around. In both cities, homeless children are placed in mentor homes for the entire school year. Last year, 15 students were in the Traverse City program; all seven seniors graduated.

In Adrian, 13 children were in the program last year and all of them also graduated from high school, including two valedictorians. The mentor family receives a $200 stipend per month for mentoring and food. The program is run through Catholic Charities of Jackson, Lenawee and Hillsdale Counties. In Adrian, Catholic Charities pays the stipend and screens the mentor home. The student can attend counseling. Students come from a variety of backgrounds. Some were abused. Others have parents who have mental illness, substance abuse problems or are in prison. Link to Article 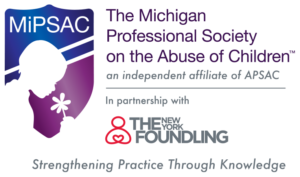